The Ole Homestead is a vernacular raised cottage probably constructed by Charles Abert when he moved to Columbus in 1825. It was originally two rooms over two rooms facing the Tombigbee River. In 1835 Abert sold the home to John Kirk who added an east wing facing College Street. It is the oldest building remaining within the original corporate limits of Columbus and among the oldest raised-cottage houses in Mississippi. Former residents include Congressman H S Bennett and Confederate surgeon James Hopkins. The historic landmark received the 2014 Trudy Allen Award for residential restoration in Mississippi from the Mississippi Heritage Trust.

This private residence is one of the many examples Columbus’ impeccably maintained and preserved historic homes, and has been featured in our annual Spring Pilgrimage. 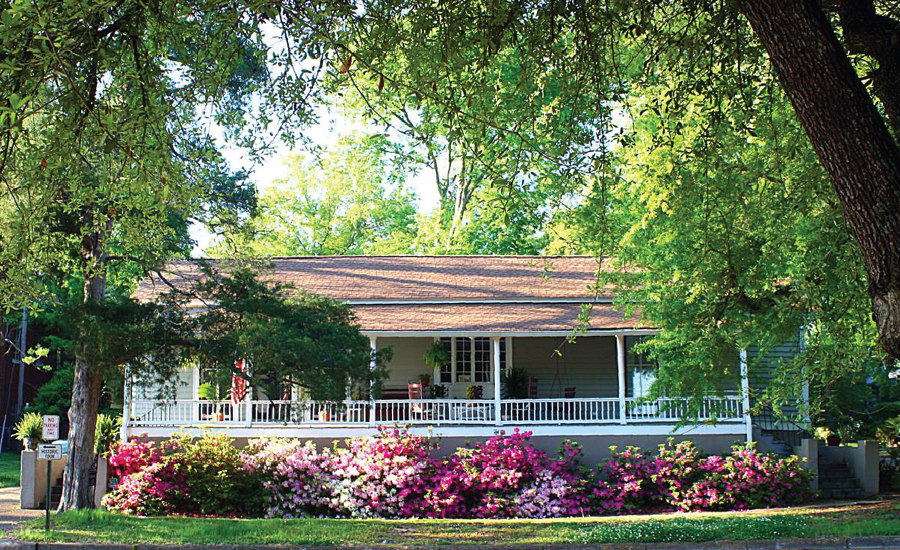